We enjoyed our trip so much last year, that we decided to do it all over again! Repeating favorites like: Breakfast at the Sunnyside Up cafe, Christkindl Market downtown, a Broadway show, and Harry Carry’s for a nice dinner out.  Needless to say, our expectations were not disappointed. The revisit lived up to it’s memory! 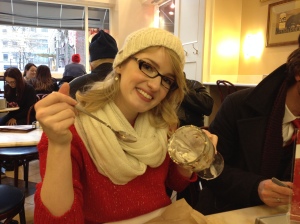 This time around we went to see Disney’s The Newsies!  I have been waiting around 2-3 years for this show to make it’s way from New York to Chicago, and was relishing in every second of the production.  I believe Broadway takes you back to the years of the silver-screen, when the true stars shined.  These stars have the whole package: singing, acting, choreography, tap dancing… They are packed with talent!  After the show, I decided that Newsies would have to be one of my all-time favorite stage shows seen to date.  The only problem I had was trying not to compare Jack to Christian Bale’s performance in the 1992 film.  Otherwise, I was thrilled and enamored with the dancing! I couldn’t stop talking about it when we got back to the hotel.

Three new stops were added to our list this year. First up, was lunch at Panes Bread Company. This was a bit north of water tower place, but still in the city. Their bread was delicious, and out of the four of us, we all would go back.  It was the perfect fresh sandwich shop, but beware they are big! My husband and I would have preferred to split after we saw the size, yet we still finished our plates because of how scrumptious it was!

Next was a little jewelry store we discovered back in August called Nakamol. Although small, this place is full from floor to ceiling with beautiful handcrafted pieces.  Earrings, Necklaces, Bracelets, long or short… they have it all.  Nakamol sells to big retail companies like Nordstrom’s and VonMaur, but this is their ONLY location that sells direct.  While we were there, there was a charming sales-lady to help us.  She welcomed our husbands to her “man’s corner” with chairs and magazines.  While deciding between several bracelets, she informed me that one of the ones in my hand was a “Monday, Tuesday, Wednesday, Thursday, Friday” bracelet.  Once I chose it, she showed me five ways to wear it.  She also took several beautiful necklaces and put them on my mom saying, “Mama needs a necklace too, look, how beautiful!”  She even complimented my complexion, informing me that I could put anything in my hands and my skin would sell it for me.  She was a hoot!  As we were leaving she hollered for all the ladies in the store to vote, she introduced us to another customer and said, “If this were the last day on the planet, which earring would you wear?”  After everyone voted and it was a 50/50 split she announced, “Ah! You need both!!”  It was hard to walk out of there and not buy “one more thing” for a friend!

The third city find was SohoStyle across from Free People inside Water Tower.  They had beautiful hairclips! Normally, I would have walked right past them… since Kiosks usually have garage-sale trinkets, but my mom pulled me in.  Their clips were beautiful accents and appear very well made.  The associates would arrange my hair with several clips and assist me with a handheld mirror so that I could see what they had done.  I walked away with two clips: a magnetic snowflake, and a crystal bow.  Both will be classic accessories that I will pull out often.

Overall, we had a fantastic time! It went by fast, but we got to see a lot in just two days.  The best part was being with my parents, feeling the holiday joy, enjoying a whole city decked out, and doing a little shopping never hurt! 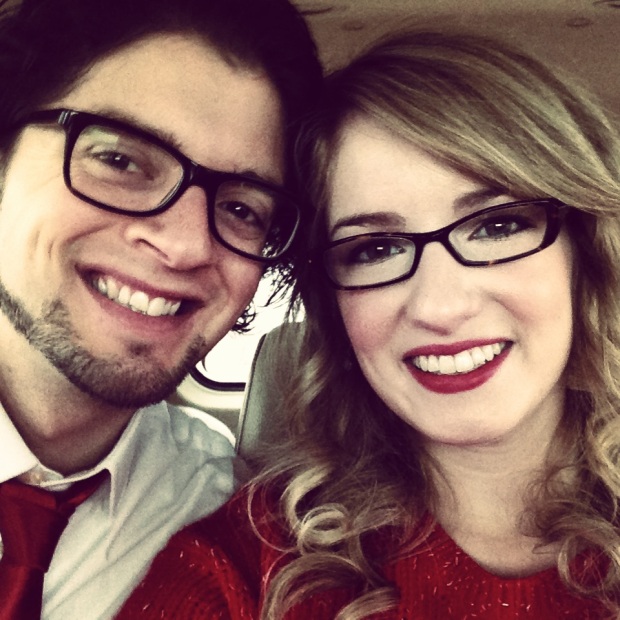 a peaceful heart, a simple life, a lovely abode